Amid the highest Covid-19 infection spreading in the capital city of Rakhine State, Myanmar army based in Ma Nyin Taung village fired shells and injured 4 civilians, including a 3 years old child, in Kyauk Yan Thar Si village in Rathedaung township after 7 pm yesterday.

“The shell hit Daw Aye Thein Nu’s head and critically injured. We called ICRC in Sitwtay for helps. They said they could not help because curfew has been imposed in Sittway,” said the village chief Buddhist monk Ven. U Kuway Ra.

The chief monk said there was no clash between AA and Myanmar army near the village, but Myanmar army has fired shells and guns every night for 2 months already. One of the shells landed in Kyauk Yan Thar Si village last night.

Ministry of Health and Support reported last night 6 more residents were infected in Sittway, including 2 residents from Mrauk U, reaching 61 total infected persons in Rakhine State within one week period.

The Infected records are as:

Government Spokesperson warned during the press conference in Nyapaytaw on August 21 Arakan Army not to attack and ambush Myanmar army in the highest time of Covid-19 infection in Rakhine State. He urged AA to be humanity.

Contrarily, Myanmar army unilaterally shelled and fired guns to residential places and injured 6 civilians, including 2 villagers in Ann and 4 residents in Rathedaung townships, since the Covid-19 infection has been increasing in August 16.

But government spokesperson Zaw Htay keeps silence for the government security forces shelling and firing guns into residential areas that injured a half dozen civilian in Rakhine State.

Arakan Army Spokesperson Khine Thu Kha told local media, “The government spokesperson was just politicking with Covid-19 outbreak. In opposite, Myanmar army is killing Rakhine people inhumanly and every day by shelling, bombing, and firing guns into the residential villages.”

Internet are still restricted for faster services in 9 townships. Millions of local residents are confused and fear since they do not get accurate information but mostly rumors. 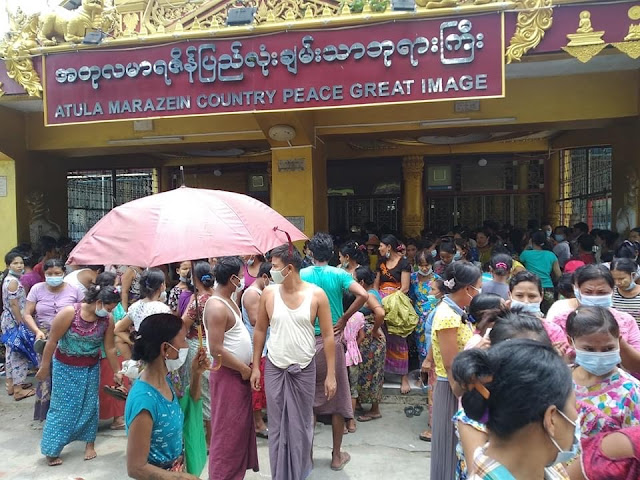