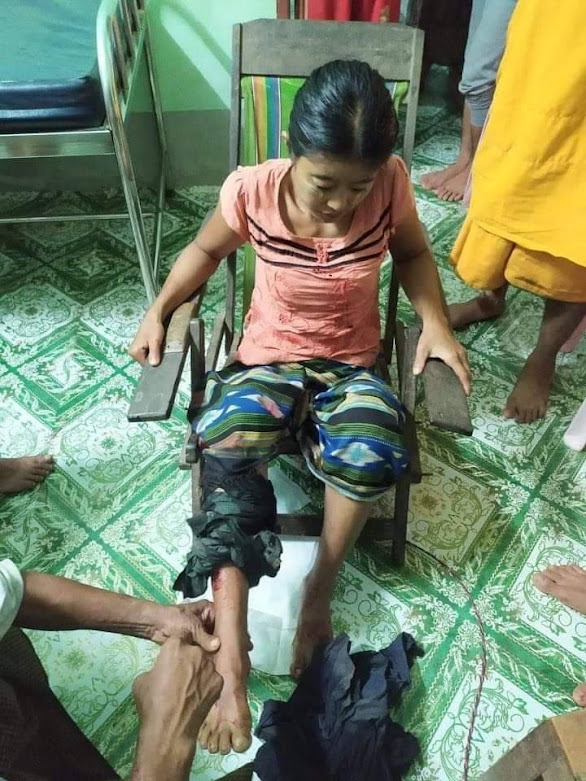 35 years old woman Hla May is wounded her leg and broken by the Myanmar army shells on June 27.

Local residents reported the army fired the artilleries and shells into the village at 7 pm for about an hour. They said there was no military clash near the village but only the government army firing the shells.

The curfew laws prevented the wounded patients to transport to the hospital in Ann. They were treated in the village even though they were critically wounded.

Civilian casualties are getting higher in this months. Several villagers were also wounded in Rathedaung township in this week by the Myanmar army shells and artilleries.

Local people say the military is targeting and killing civilians after they lose war against Arakan Army. 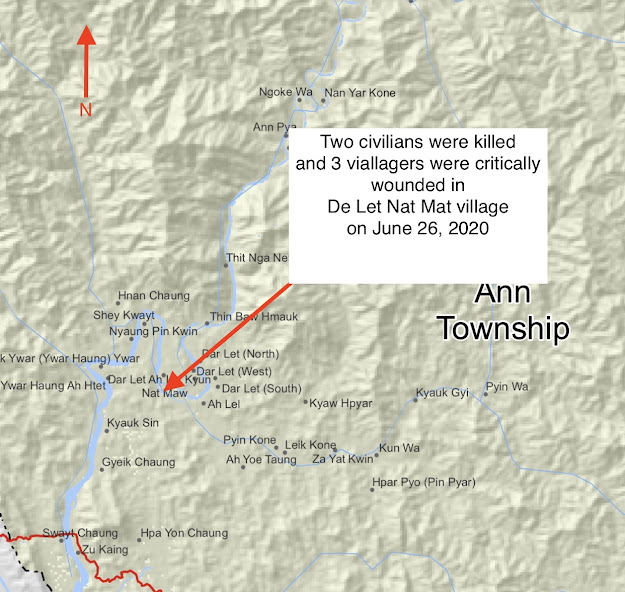