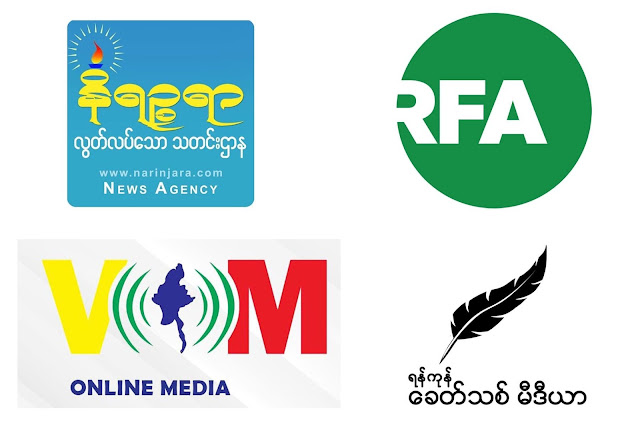 In the statement, she backs up the United Nations Secretary General calling for conflicting parties ceasefire during the critical time of risky of coronavirus infection. She also calls for lifting internet ban and free flow of media information access.

She condemns terrorism charges against Myanmar journalists and urges the government to drop off the cases.

Special Rapporteur said, “I condemn the terrorism charges that have been laid against Khaing Myat Kyaw, Thar Lun Zaung Het and Nay Myo Lin for doing their job as journalists.”

The expert continues. “These journalists were reporting on the escalating armed conflict in Rakhine State, where the Government has imposed a mobile internet shutdown. As such, their reporting was of the highest public interest value and should be protected.”

Police also raided the resident of female Narinjara TV broadcaster Chit Ei Haling in Sittway on April 1.  She was on the run during the search.

Since then Narinjara office is close and does not post any news from Rakhine State.

Another Rakhine based news outlet DMG editor Aung Min Oo was also charged with illegal association act last year. Since then, he has been hiding in different locations.

Accurate and on-ground news from Rakhine state amid the critical threat of coronavirus and high civilian casualties is almost nonsexist, but some news is covering from Yangon based news outlets.

Electricity has been cut off in Buthedaung, Maungdaw, and some parts in Rathedaung township for ten days. People cannot charge phone batteries for weeks. They cannot call their families and friends.

Northern and western parts of Rakhine State is totally black out for media and internet access amid the heavy military operation.

Special Rapportuer statement highlights important of media freedom and internet access to the people of Rakhine and Chin states.

The UN expert said, “I call on the Government to ensure that all people in Myanmar can exercise their rights to freedom of expression and access to information. The charges against the journalists must be dropped, the censorship order withdrawn, and the mobile internet in Rakhine and Chin States should be reinstated in all areas.”

Government jet fighters dropped off bombs in Chin State and killed even civilians and wounded either other villagers yesterday.