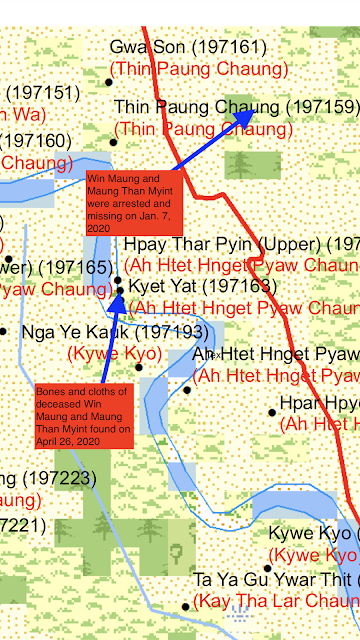 
Sittway. May 26, 2020
Arakan Human Rights Defenders and Promoters Association (AHRDPA) releases video interview of Daw Ni Nyi Win today on two missing villagers of Thin Paung Chaung were fund their bones and dresses in the buried ground near the pagoda in the mountain of Kyet Yat village, Minbya township, on April 26, 2020.

AHRDPA reports on social media Win Maung and Maung Than Myint were arrested by Myanmar soldiers for questions in Thin Paung Chaung village at 5 PM on January 7. They had been missing for four months.

Daw Ni Ni Win, wife of Win Maung, 32, who had been missing since January 7 and later found dead, told AHRDPA she went to the location where her husband buried and found his dresses and bones beside another village, Maung Than Myint, in the morning of April 26.

She said on the video interview, “I was told by a local woman she discovered bones and cloths of dead men in the mountain nearby the pagoda when she was collecting fire woods. Then I went to there in the morning and found my husband’s bones and dresses. At afternoon and about 12 o’clock Maung Than Myint’s bones and dresses were also found at the same location.”

She said Myanmar soldiers killed her husband and the another villager.

“Myanmar soldiers killed my husband and Maung Than Myint. They (government soldiers) set up temporary camp at that location (Kyet Yet village),” she told AHRDPA.

She said, “My husband had been missing since January 7.  Ten days later, I got news he was seen in Gwa Son village. I searched him out there but no successful.”

Daw Ni Ni Win reported human rights organizations including state owned Myanmar Human Rights Commission that Myanmar soldiers arrested her husband and was missing since then, but she got no response.

“I reported the missing of my husband to the human rights organizations, local authority, and Myanmar Human Rights Commission, but they did not reply me at all,” she told AHRDPA.

She has been facing very hardship after her husband was killed. She cannot afford to feed her children and sending to school. Only income her family relied on was her husband minimal income.

She said she wants to report it government to seek for justice, but she does not know what to do now.

“I am sad and devastated now for the loss of my husband and very unjustly killed. I want justice. If report it to the government, they will not do anything,” she told the rights association.

In Myanmar culture, army is granted blanket impunity for arresting, torturing, and killing ethnic civilians under the pretext of insurgents or supporters of insurgents. 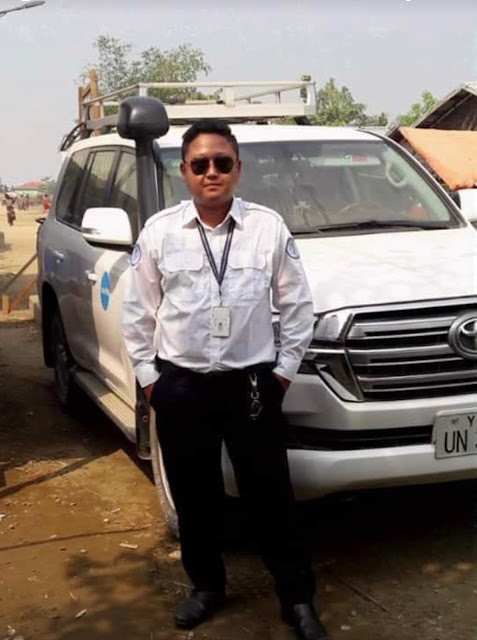 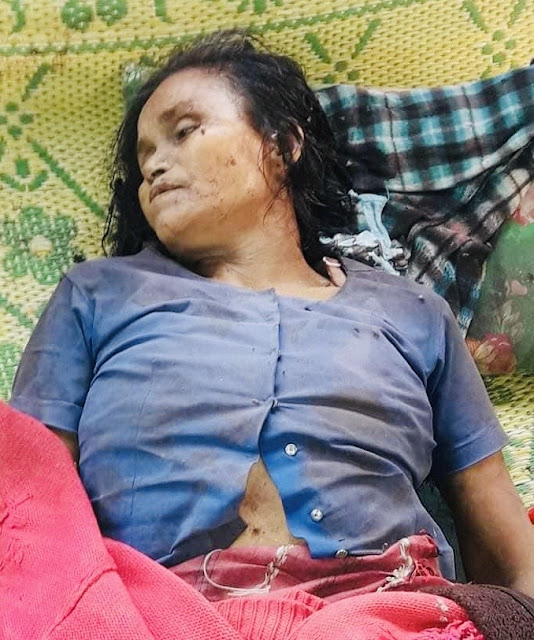